Effect of High and Low Caffeine Dosage Regimens on Mortality in Preterm Infants: A Systematic Review

There is growing controversy regarding the effect of caffeine dose administration in preterm infants as it relates to the clinical outcomes of managing apnea in preterm births. This study aimed to conduct a systematic review to investigate the effect of caffeine dosage regimens on decreasing mortality and potential morbidities in preterm infants. Randomized controlled trials that compared the high and low caffeine doses in a preterm infantile population were included in this study. A search of relevant databases using appropriate search terms was utilized to identify all relevant studies. A total of nine trials were included in the review. Among these studies, six trials reported that high caffeine dose administration does not significantly increase the risk of mortality. Moreover, based on the results of six studies, it is indicated that a high-dose regimen is not associated with the development of chronic lung diseases in preterm infants at 36 weeks of corrected age. Studies also demonstrated that the duration of the apneic spells were much higher in the low than the high dose groups. Other adverse events including necrotizing enterocolitis and intracranial hemorrhages were reported but were not of statistical significance. Although the current findings support the administration of high caffeine doses in preterm infants, further investigations are needed for further validation of the current evidence.

Preterm birth is considered a major health problem and is one of the most common attributable causes of chronic infantile morbidities and mortality (1). Healthcare efforts have been directed at the proper and early interventions against this problem (2, 3). Evidence indicates that preventive approaches can successfully provide enhanced clinical outcomes and manage or prevent the high number of morbidities and mortality rates among infants (2, 4). The most frequently reported morbidities following preterm birth include chronic lung diseases, especially bronchopulmonary dysplasia (BPD) (5-7). Neonatologists thus prefer to use non-invasive ventilation techniques to minimize any potential lung injury in premature babies (8, 9) despite being ineffective in extremely low birth weight newborns (10, 11).

Recurrent apnea is a common complication in preterm infants that follows extubation of invasive ventilation. It can end in a potential failure of weaning secondary to performing multiple repetitive intubation procedures. As such, apnea is a major challenge for premature births, as invasive ventilation is commonly required (12-14). The frequent development of apnea can also result in the development of serious brain and other organ damage. Accordingly, early extubation is preferred and other non-invasive management modalities have been suggested (15). Many suggestions have been made for the prevention of apnea development. For example, methylxanthines have been widely and routinely prescribed to reduce and prevent any demand for invasive ventilation (13).

Among the group of methylxanthines, caffeine is often the drug of choice as it has been reported to have a wide range of uses, is cost-effective, does not need to be regularly monitored within the patient’s plasma, and has a longer period of action compared to other drugs in the same group (16). According to the caffeine for apnea of prematurity (CAP) trial, the administration of a 20 mg/kg loading caffeine dose followed by another 5–10 mg/kg/day maintenance is the typical caffeine administration regimen for patients with apnea (17). Previous investigations have also demonstrated the potential merits of high dose over low dose administration when it comes to the duration of hospital stay and relevant estimated financial burdens (18, 19). However, no solid evidence regarding the optimum dose of caffeine administration could be identified in the literature. The purpose of this study is to conduct a systematic review to investigate the effect of caffeine dosage regimens on decreasing mortality and potential morbidities in preterm infants.

This is a systematic review study that has been conducted according to the Preferred Reporting Items for Systematic Review and Meta-analyses statement (PRISMA) recommendations. The aim of the study is to report the mortality rates in high and low-dose caffeine regimens, and to investigate the effectiveness and safety of each dosing group in relation to its ability to decrease the potential morbidities and death rates in preterm infants.

This systematic review was conducted according to the PRISMA recommendations (20). A formulated Population, Intervention, Comparator and Outcome (PICO) question according to the following: population: preterm infants, intervention: high-dose caffeine, comparator: low-dose caffeine, primary outcome: mortality, secondary outcomes: bronchopulmonary dysplasia and cerebral palsy. The relevant keywords were obtained from the relevant investigations to build an appropriate search term: “(caffein* OR cafeine OR caffedrine OR coffein* OR "Caffeine"[Mesh] OR methylxanthines OR methylxanthine OR trimethylxanthine) AND (prematurity OR premature OR preterms OR preterm OR "very low birth" OR "Infant, Low Birth Weight"[Mesh] OR "Infant, Extremely Premature"[Mesh] OR "low birth weight" OR "Infant, Premature"[Mesh])”. Following this, a thorough electronic search strategy was conducted on many databases to find all the potential studies, in addition to manually searching the references to avoid missing any relevant papers.

The search ran through nine databases: Pubmed, Google Scholar, Cochrane Central Register of Controlled Trials (CENTRAL), Scopus, the New York Academy of Medicine (NYAM), Web of Science, and the System for Information on Grey Literature in Europe (SIGLE), clinical trial.gov and metaRegister of Controlled Trials (mRCT). Randomized controlled trials (RCT) and quasi?RCTs with parallel groups were included while any other study type, non-English, and non-human studies were excluded.

To properly conduct this step, a suitable extraction sheet was constructed, which was created by reading some relevant articles to identify the potential information and outcomes that could be extracted in accordance with the study aims and objectives. Data extraction of all the included full texts subsequently took place in a blinded process, and each conflict was resolved via a discussion with a supervisor. The extraction sheet outlined the main components of the study design, reference ID, population demographics such as sample size, age and sex, the reported outcomes of mortality, frequency of complications and adverse events as chronic lung diseases, duration of apneic spells and other complications, and risk of bias tool. All studies underwent quality assessment of the included investigations and the potential risk of bias. The even domains of the Cochrane risk of bias tool were used to achieve this (21).

Via the electronic and manual search strategies a total of 4,578 relevant citations were found. Following title/abstract assessment, only 64 articles qualified for the next step – full-text screening. Following this, only nine articles were included in the final synthesis of the evidence. The detailed steps that outline the study identification and selection can be seen in the PRISMA flow diagram in Figure 1.

Characteristics of the included studies

The primary outcome of this systematic review was to compare the results of the different trials that reported on the effect of low and high caffeine doses on mortality in preterm infants. In addition to these outcomes, the effect of the same intervention on other morbidities, as discussed in the following paragraphs were revealed. A summary of the mortality and morbidity events is presented in Table 2.

Among the included studies, six RCTs compared the effect of high and low doses on mortality among the included preterm participants. Yao et al. (22) found no statistical significance between the observation and routine groups in terms of mortality, although the observation group received an additional caffeine dose booster before weaning off ventilation by one hour. This was supported by another observational trial of 78 preterm infants, with Zhang et al. (23) reporting that no significance was found in terms of mortality between the two caffeine dose regimens after administration of booster doses for each. Gray et al. (24) reported that the mortality rate of the high dose group did not significantly differ from that of the low dose caffeine group and concluded that the high dose regimen was not associated with the development of severe complications or adverse events. The previous study conducted by Mohammed et al. (25) reported that patients in the low dose group had higher mortalities (9/60) than patients in the high dose group (7/60). Zhao et al. (26) reported similar rates for the high and low-risk groups, with no statistical significance present in these studies. Conversely, the trial by McPherson et al. (27) reported a slight elevation in the mortality rates within the high-risk groups, but no significance was confirmed. In 2018, a meta-analysis of the latter four trials was performed and indicated that the difference in mortality rates between the two groups is not significant (p= 0.52) (28). It has therefore been suggested that the caffeine dosage systems have no significant effect on reducing the mortality rates during the first hospital admission.

The meta-analysis of the three trials by Gray et al. (24), Mohammed et al. (25), and Zhao et al. (26) indicated that apneic spells were significantly higher in patients within the low dose groups than the high dose groups (p< 0.00001) (28). Moreover, Zhang et al. (23) reported that infants within the high dose regimen group had significantly lower periods of apnea compared to the low dose group. Yao et al. (22) also indicated that boosting caffeine doses following the conventional baseline dose significantly reduces the frequency of having apnea episodes to less than two times per day. Similarly, Wan et al. (29) also reported that the duration and frequency of apnea episodes were significantly lower in the high than the low dose group (1.8 versus 3.2 days). These findings, indicate the favorable effect of high-dose caffeine in reducing both the frequency and duration of apneic spells.

Effect on other complications and adverse events

Other complications such as necrotizing enterocolitis and intracranial hemorrhage were also examined. Zhang et al. (23) reported that they did not notice any significant difference between the two interventional caffeine dose regimens in relation to the development of necrotizing enterocolitis (11% versus 8%) or intracranial hemorrhage (13% versus 8%) (p> 0.05). Although Yao et al. (22) reported that both of the study groups did not significantly differ in terms of the frequency of developing necrotizing enterocolitis (4.1% versus 5.3%), retinopathy of prematurity (30.8 versus 28.4%), or white matter damage (24.9% versus 27.2%) (p> 0.05), they found that a booster dose one hour before weaning significantly reduced the rate of intracranial hemorrhage (37.3 versus 27.2%, p= 0.048). McPherson et al. (27) also reported the difference in the rates of interventricular hemorrhage as non-significant between the high and standard-dose groups (27% versus 37%, p= 0.61). This was similarly supported by the meta-analysis of Brattstrom et al. (28), which indicated that no significant difference between the two groups was apparent among the included trials. Wan et al. (29) reported that tachycardia, irritability, abdominal distensions, and feeding intolerance events were non-statistically higher or different between the two groups in their trial.

Caffeine high dose-regimens can reduce the development of chronic lung diseases at 36 weeks. However, it was reported that the dose was not an indicator for preventing BPD. Moreover, our findings support the fact that high dosage regimens are not associated with the development of adverse events and mortality as compared to low dose regimens. Although this latter finding was consistent across all studies in the literature, the ability to formulate evidence regarding the administration of high doses is still poor, which indicates the need for further trials to validate and strengthen the current evidence.

The author would like to thank the ministry of health and the head of the pediatrics department for providing the guidance and supervision needed in conducting this paper.

The author declares no conflict of interest 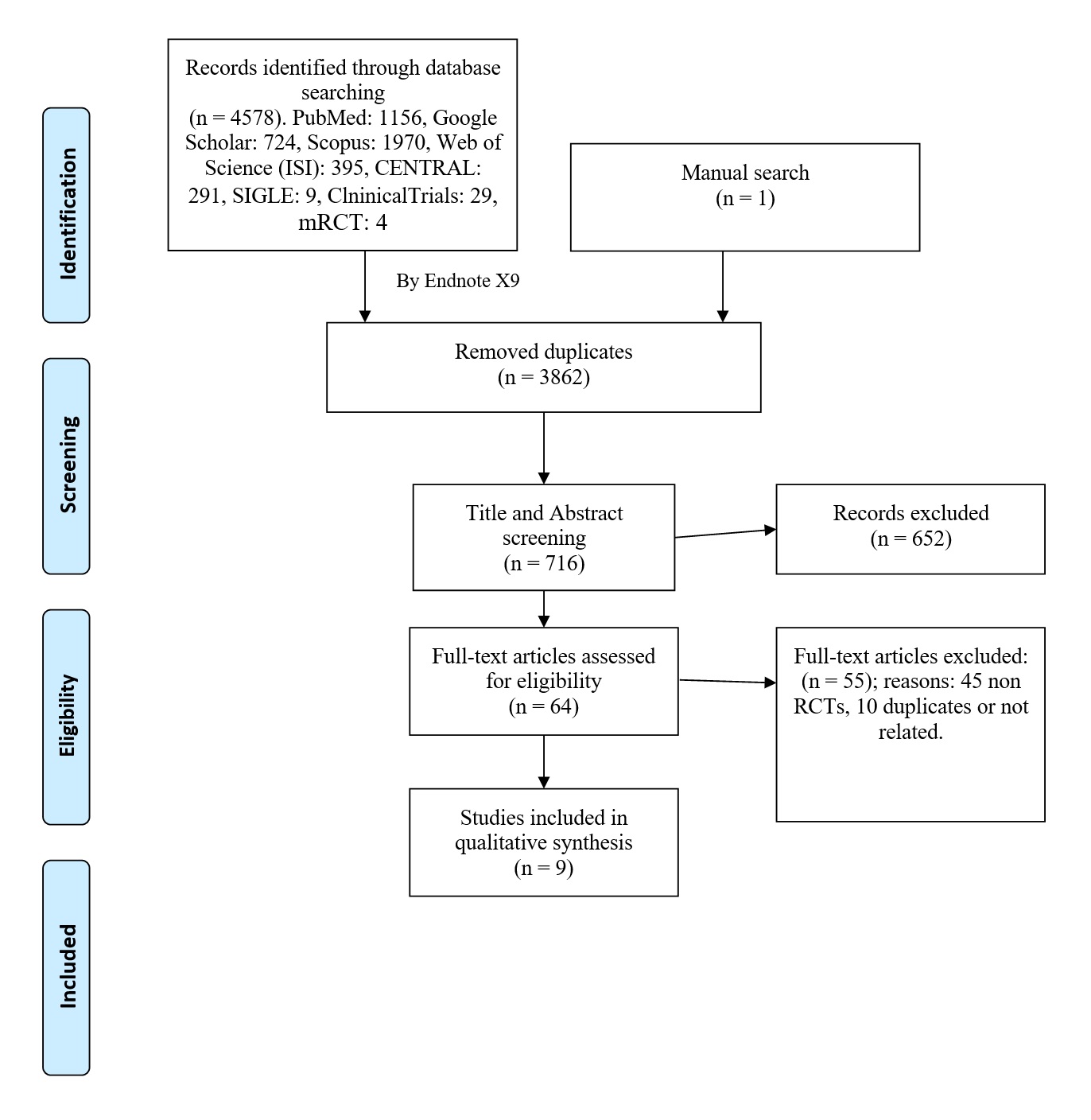